This award honors scientists, engineers, STEM educators, leaders, spokespeople or professional organizations that have demonstrated excellence in science and have developed an outstanding contribution to knowledge or support in the biological, physical, mathematical, or engineering sciences.

The nominee must be a NJ Academy of Science member and NJ resident. Nominations may be made by anyone, however, self-nominations are not accepted for this award.

The award is granted by the NJ Academy of Science every two years, starting 2020.

Nominations are made by the completion of the nomination form . The form requests the following information: 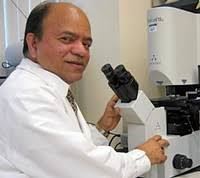 Dr. Sarkar has made multiple seminal discoveries on the impact of excessive alcohol on endocrine and neuroendocrine regulation of cell function and metabolism, he identified the role of hypothalamic neurohormones in the regulation of reproductive activity, stress response, immune function and cancer.  These outstanding discoveries deserve recognition by the NJ Academy of Science.

Video of the Seminar: 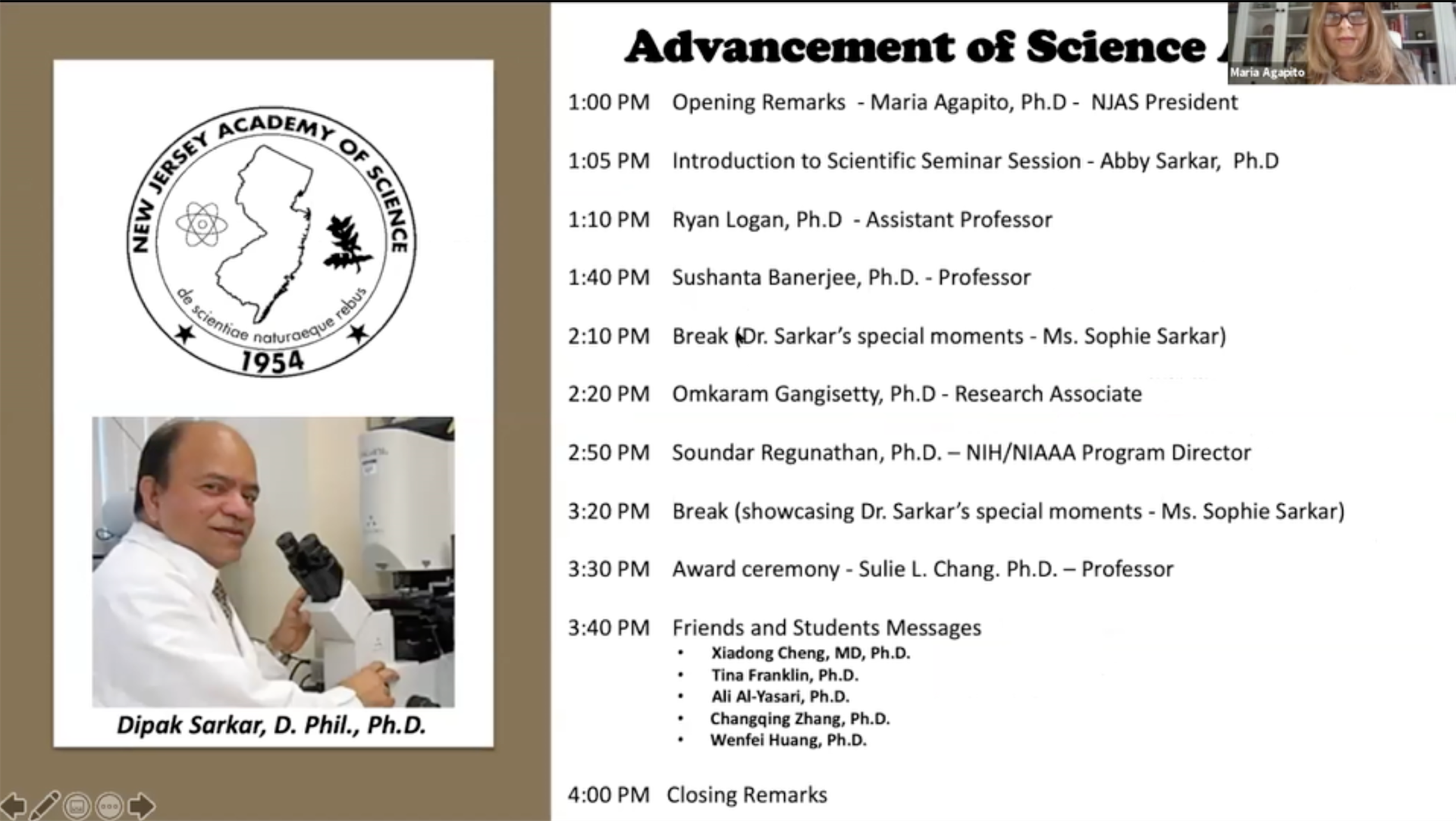